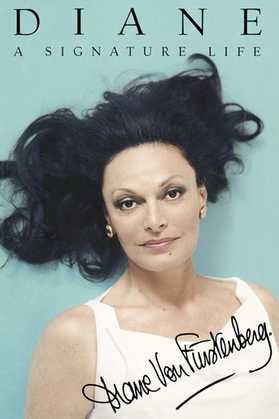 The frank and compelling story of an extraordinary woman and her adventures in fashion, business, and life.

"Most fairy tales end with the girl marrying the prince. That's where mine began," says Diane Von Furstenberg. Von Furstenberg lived the American Dream before she was thirty, building a multimillion-dollar fashion empire while raising two children and living life in the fast lane. Her wrap dress, a cultural phenomenon in the seventies, hangs in the Smithsonian Institution; her entry into the beauty business in 1979 was as serendipitous and as successful.

Von Furstenberg learned her trade in the trenches, crisscrossing the country to make personal appearances at department stores, selling her dresses and cosmetics. That business had its ups and downs, as the fashionista entrepreneur's unparalleled success became the source of its own undoing and she contended with bankruptcy, the loss of her business, and finally a complete self-reinvention that took her back to the top of the industry. This revealing and contemplative memoir works to make sense of the contradictions of the author's life: glamour vs. hard work, European vs. American, daughter of a Holocaust survivor vs. wife of an Austro-Italian prince, mother vs. entrepreneur, lover vs. tycoon. She emerges wiser, stronger, and ever more determined never to sacrifice her passion for life.