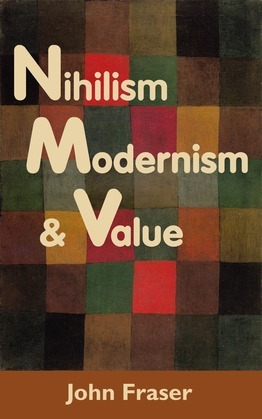 Nihilism, Modernism, and Value consists of three jargon-free lectures addressed to the general reader. It explores a variety of ways in which writers responded to the phenomenon of nihilism in the 19th and early 20th centuries, By "nihilism" here is meant a sense, at times paralyzing, of the instability and perhaps groundlessness of all values. The book goes into some of the factors— psychological, sociological, philosophical—involved in that destabilizing. But its principal focus is on reintegration, and it draws freely on real-world experiences to illuminate concepts and strategies.

Among the writers whose names figure in it are Conrad, Nietzsche, Beckett, Woolf, Heidegger, Rhys, Pushkin, Baudelaire, Hemingway, Lessing, Stevens, ValÃ©ry, and James (William), with particular attention at one point to Kafka and Borges. But no prior knowledge of them is required for following the argument, with its numerous lively quotations. The author himself is advancing heuristically, not just performing an academic exercise. The problems confronted are as relevant still as they were generations ago.

A reviewer of John Fraser's first book spoke of "an extremely agile and incessantly active mind which illuminates almost every subject it touches." A reviewer of the second one, both of them published by Cambridge University Press, called it "a brilliant and utterly absorbing work," and said that "There are not many learned books which have the unputdownable quality of a thriller; this is one of them."