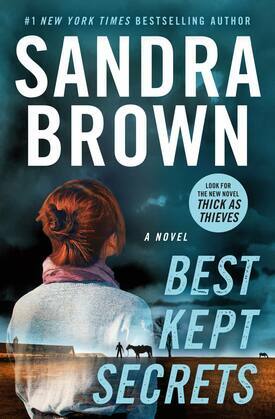 #1 New York Times bestselling author Sandra Brown delivers a thrilling tale about one woman and the crime that turned her life into a hunt for answers . . .

Alexandra Gaither is a state prosecutor who has the authority to reopen an unsolved homicide case. Twenty-five years ago Alex's mother was murdered and no one was ever tried for the crime. Now armed with new evidence that could lead to an arrest and a conviction, Alex visits the remote Texas town where her mother died.

There she confronts the three powerful men who were with her mother on that fateful night: her former lover, his best friend, and the father figure to them both. Each is charming, each is a suspect, and each has secrets to hide. But not one of them can stop Alex's determined search for the truth.

Her relentless investigation creates controversy and excitement in this small community. And as Alex uncovers decades-old intrigues, someone capable of clever lies and remorseless acts decides she must be stopped. Now, with a one-month deadline from the attorney general to either wrap up the case or drop it for good, Alex must work diligently to catch a killer...and find a way to stay alive.