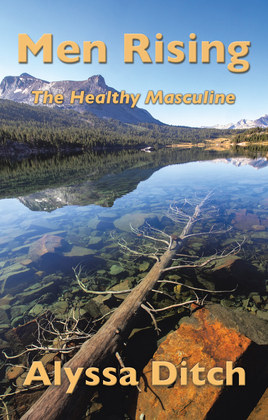 by Alyssa Ditch (Author)
Excerpt
Nonfiction Health & fitness Self-help
warning_amber
One or more licenses for this book have been acquired by your organisation details
EPUB
Unlimited loans, One at a time
Details

In these soulful interviews conducted by intuitive healer and author Alyssa Ditch, these eleven men candidly share their ascent into becoming real men: from heartache to healing, failure to triumph. Join her, as she dives into the hearts of these eleven brave men to understand how these fully-realized men had cast away society’s limitations on ‘masculinity’, rising to become better men for themselves, their families, and their communities. Learn the tools and techniques that worked for each of them on their journey to self-discovery. Be inspired by the example they set for all men, as it makes us think anew… ‘What is healthy masculinity?’