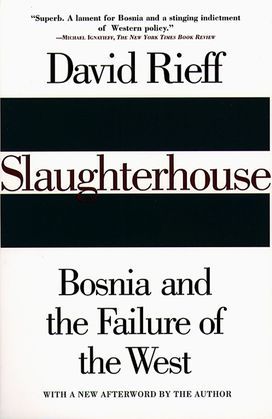 Slaughterhouse: Bosnia and the Failure of the West

In a shocking and deeply disturbing tour de force, David Rieff, reporting from the Bosnia war zone and from Western capitals and United Nations headquarters, indicts the West and the United Nations for standing by and doing nothing to stop the genocide of the Bosnian Muslims. Slaughterhouse is the definitive explanation of a war that will be remembered as the greatest failure of Western diplomacy since the 1930s.
Bosnia was more than a human tragedy. It was the emblem of the international community's failure and confusion in the post-Cold War era. In Bosnia, genocide and ethnic fascism reappeared in Europe for the first time in fifty years. But there was no will to confront them, either on the part of the United States, Western Europe, or the United Nations, for which the Bosnian experience was as catastrophic and demoralizing as Vietnam was for the United States. It is the failure and its implications that Rieff anatomizes in this unforgiving account of a war that might have been prevented and could have been stopped.