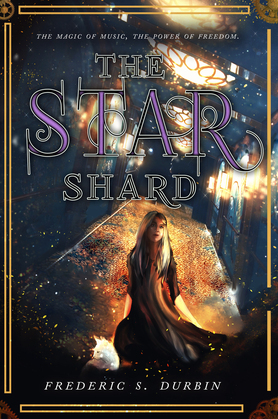 by Frederic S. Durbin (Author)
Excerpt
Fiction Juvenile & young adult Action & adventure Tales Fairy tales & folklore Fantasy, magic
warning_amber
One or more licenses for this book have been acquired by your organisation details
The author of A Green and Ancient Light “leads us through his world with equal measure of heart-stopping adventure and awakened awareness” (The News-Gazette).

Cymbril feels like a bird in a cage. Her task is to sing, to draw crowds to the markets offered by Master Rombol, lord of the Thunder Rake, the only home Cymbril has known. The Rake is a city on wheels, a vast wagon that rolls over the land, its interior a labyrinth of stairways, corridors, chambers, and secret doors.

When Cymbril befriends a fellow slave, a boy named Loric, one of the mysterious Fey, she dreams of a life beyond the Rake, and the two begin to plan their escape. But dangers haunt the shadows—the ominous Eye women, the perilous Night Market, the terrors of the Groag Swamp, and something that stalks the night’s dark byways, hunting . . .

Survival will depend upon courage, loyalty, and perhaps upon a gift from Cymbril’s long-departed parents—the glowing and magical fragment of a star.

“Durbin has created a world that, though mainly confined to a single mobile city, comes alive with fantastic creatures and a varied cast of supporting characters.” —Booklist