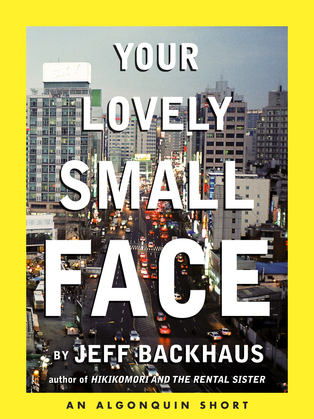 “Your Lovely Small Face” is the story of an American who's just immigrated to Korea in a risky scheme to resurrect his shattered career, prepare a home for his wife and daughter (who have promised to follow as soon as he lays a suitable foundation), and help his wife launch her own entrepreneurial venture.

The story is told through posts on a fictional Tumblr page, which the couple sets up to share their now-separate worlds. We watch as they communicate and miscommunicate with each other through their posts and photos, as they try to be honest about their lives but end up irresistibly manipulating their own experiences to get what they want.

Author Jeff Backhaus wrote the story based on thirty-nine photos he assembled from the thousands he's taken around the world—thin slices of his past severed from his actual experience to create an illusion, a photofiction, a story.

Includes a special preview of Backhaus's debut novel Hikikomori and the Rental Sister.