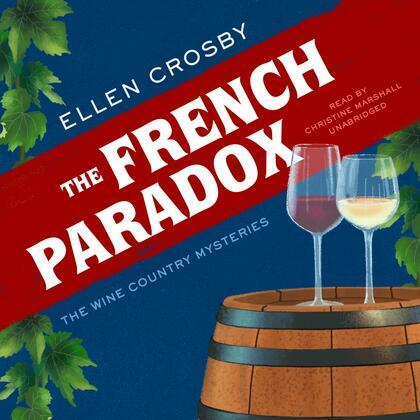 Seventy years later, Cricket Delacroix, Lucie’s neighbor and Jackie’s schoolfriend, is donating the now priceless paintings to a Washington, DC museum. And Lucie’s grandfather is flying to Virginia for Cricket’s ninetieth birthday party, hosted by her daughter Harriet. A washed-up journalist, Harriet is rewriting a manuscript Jackie left behind about Marie-Antoinette and her portraitist. She’s also adding tell-all details about Jackie, sure to make the book a bestseller.

Then, on the eve of the party, a world-famous landscape designer who also knew Jackie is found dead in Lucie’s vineyard. Did someone make good on the death threats he’d received because of his controversial book on climate change? Or was his murder tied to Jackie, the paintings, and Lucie’s beloved grandfather?