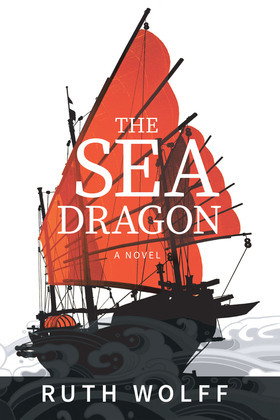 by Ruth Wolff (Author)
Excerpt
Fiction Action & adventure Historical
warning_amber
One or more licenses for this book have been acquired by your organisation details
EPUB
Unlimited loans, One at a time
Details

Richard Halliburton was the world famous adventurer who, in the 1920's and 1930's, thrilled his millions of adoring fans with tales of his daring exploits on his worldwide travels. He was one of the most popular and romantic figures of his time. THE SEA DRAGON is a novel about his last adventure – his attempt to cross the wild Pacific in a Chinese junk. Known for his daring adventures, Richard Halliburton had to hide the fact that he was gay.

What drove Halliburton to his adventurous extremes is something which drives us all: the need to experience life to the fullest, to escape the bounds of the ordinary. Looking out over Hong Kong Harbor from Victoria Peak at sunset, Halliburton describes the force which drives him this way: "There's a feeling – do you know it? – when your pulse races and you can hardly catch your breath. All the slights and frustrations of your life are forgotten – and the world seems so full you could burst with pleasure and excitement. ... That's the feeling that I'm after. That's what keeps me going, time after time." He paused, looking out over the harbor, then continued: "Life closes in – so swiftly – and so often. We want to breathe free – but most of the time we can't."