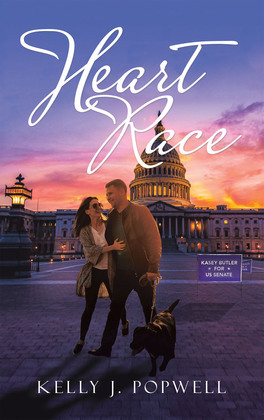 by Kelly J. Popwell (Author)
Excerpt
Fiction
warning_amber
One or more licenses for this book have been acquired by your organisation details
EPUB
Unlimited loans, One at a time
Details

Because of the wrongdoings of the last administration, the looming November election is proving to be the most important in American history. When young New Hampshire attorney Kasey Butler decides to run for US Senate, she never imagines she will experience both love and hatred in the same year.

Her first task is to recruit a campaign manager. After interviewing the intelligent, handsome Rick Springer, she hires him on the spot. As Rick immerses himself in his new job and Kasey focuses on creating her campaign slogan, it is not long before they realize they share an undeniable attraction. After falling in love with Rick, Kasey’s political career and personal life take her on an emotional rollercoaster ride. But her life quickly becomes more challenging when the Democratic incumbent, Travis Evans, suddenly decides to re-enter the race. As Kasey and her staff become the victims of the corrupt and vindictive tactics of Evans and his cronies, will she find a way to rise above the sleazy behavior and win the election?

In this political thriller, a candidate running for a US Senate seat sets out down an unexpected path lined with forbidden love, intrigue, and a ruthless incumbent.