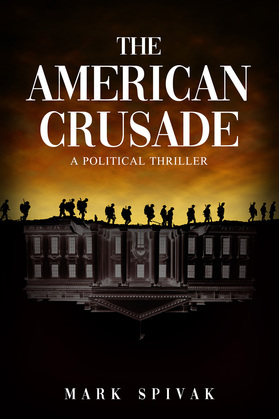 by Mark Spivak (Author)
Excerpt
Fiction Espionage
warning_amber
One or more licenses for this book have been acquired by your organisation details
EPUB
Unlimited loans, One at a time
Details
A power-hungry vice president uses a tragic terror attack to launch a 21st century crusade in this provocative political thriller.

On May 1, 2001, a group of radical Islamic terrorists crash a Boeing 737 into the Mall of America. The attack kills three thousand Americans and throws the entire nation into panic. But amid the shock and tragedy, Vice President Robert Hornsby sees opportunity. This is his chance to enforce his fanatical values on the country he loves.

With the aid of an ineffectual president, a reluctant secretary of defense, and a preening faith leader with more than a few secrets, Hornsby declares war on terror—and anyone who stands in his way. But as media scrutiny intensifies, Hornby’s one-man campaign against evil begins to unravel. And the entire nation careens toward another deadly tragedy.

The American Crusade paints a grim picture of twenty first-century America, with surprising echoes of the thirteenth-century’s doomed Fourth Crusade. By sampling the contemporaneous French text, On the Conquest of Constantinople, author Mark Spivak reminds us of that ever-vital adage: “Those who cannot remember the past are condemned to repeat it.”
Publication date
September 21, 2021
Publisher
Tck Publishing
Page count
261
ISBN
9781631611483
Paper ISBN
9781631610707
File size
1 MB