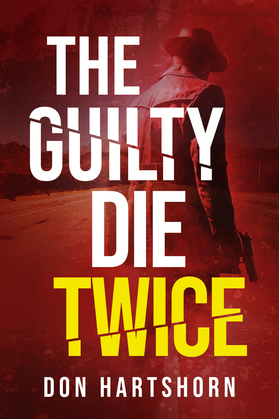 Ten years ago, a capital murder case in the heart of Texas split the Lynch family in two. Conscience-stricken Travis left his high-powered law firm to become a public defender, while bullish Jake rose to become District Attorney. Now, estranged lawyer brothers Travis and Jake Lynch find themselves on opposing sides of an Austin courtroom in a high-profile, grisly double murder case—with another accused criminal’s life on the line. Both Lynches are convinced they’re on the right side, but the truth turns out to be more complicated—and deadly.

A drug deal double-cross turns lethal, killing two college students and leaving one paralyzed. The victim never saw the gunman but he knows one name: Sam Park. Travis defended Sam’s brother years before. His heart won’t let him turn down the case, even knowing it’ll bring him face-to-face with Jake after ten years of cold silence. Jake, meanwhile, runs afoul of the Austin political machine and needs a case like this to win an upcoming election. And Sam, the prime suspect, won’t talk—not to Travis, and certainly not to the high-and-mighty DA—and time is running out. . . .

Can these feuding brothers put aside a decade of enmity in the name of true justice? Or will the truth of what really happened that bloody night go to the grave with Sam Park?