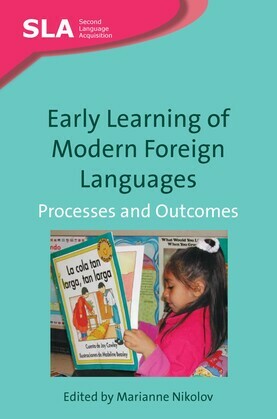 Modern languages are offered to young learners at an increasingly early age in many countries; yet few publications have focused on what is available to children in different contexts. This volume fills this gap by documenting the state-of-the-art in researching young language learners using a variety of research methods. It demonstrates how young children progress and benefit from an early exposure to modern languages in different educational contexts, and how affective, cognitive, social, linguistic and classroom-related factors interact in the processes. A special strength is the range of languages: although English is the most widely learnt language, chapters focus on various target languages: Croatian, French, English, German, Italian, Spanish and Ukrainian and the contexts include China, Croatia, Greece, Hungary, Ireland, Norway, Poland, the Ukraine, and the United Kingdom.