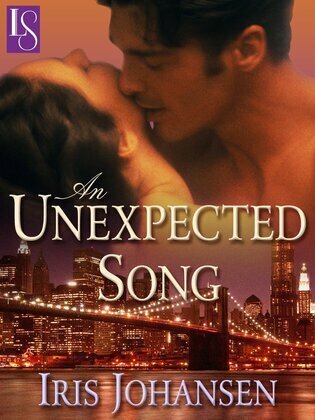 From #1 New York Times bestselling author Iris Johansen comes a simmering, sensual story of a powerful man who will do anything to capture the voice—and heart—of a talented soprano.

Jason Hayes isn’t used to hearing the word “no”—not from performers, not from critics, and certainly not from women. He is the greatest composer the stage has seen in a century, and musicians and actors the world over covet his roles. So when the woman he wants—needs—to play Desdemona in his musical adaptation of Shakespeare’s Othello turns down the role, he launches a relentless campaign to win her over—and maybe even secure her heart, too.

Daisy Justine has a powerful gift, a sweet soprano voice with beauty to match. She desperately wants to accept the role Jason Hayes has offered her; it would be the job of a lifetime. And there is an undeniable, vibrant magnetism between them—a current that both thrills and frightens her. But she absolutely cannot go to New York with Jason, and she can’t tell him why—unless her body betrays her.

Includes a special message from the editor, as well as excerpts from these Loveswept titles: The Notorious Lady Anne, Along Came Trouble, and Strictly Business.