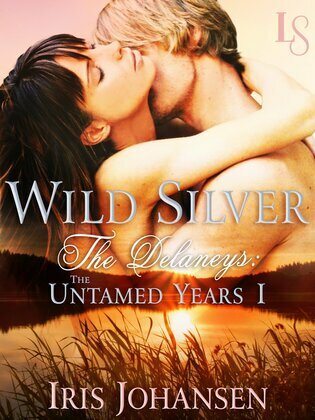 Wild Silver: The Delaneys: The Untamed Years I

In this sensuous historical tale from #1 New York Times bestselling author Iris Johansen, a wicked prince takes a willful young woman captive—only to be captivated by her, heart and soul.

Prince Nicholas Savron has traveled from Russia to New Orleans to track down Dominic Delaney, the man he holds responsible for his cousin’s death. Nicholas thinks it will be easy enough to wrest his whereabouts from Dominic’s niece, Silver, but he greatly underestimates her loyalty. Determined to satisfy his lust for vengeance, he abducts her instead, hoping to draw her uncle out from hiding.

Silver Delaney may be enrolled in a school for young ladies, but she’s no wilting flower. Despite her fierce attraction to the arrogant prince holding her hostage, she vows never betray her uncle. But when powerful enemies threaten them both, Nicholas and Silver must work together to survive—igniting a passion from which neither wants to escape.