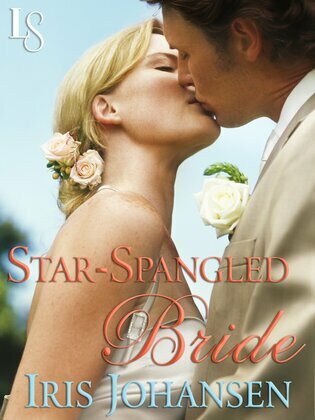 When cable news mogul Gabe Faulkner is kidnapped by an overseas terrorist group, the last thing he expects is to be rescued by a beautiful woman. Photojournalist Ronnie Dalton claims she risked her neck only to win an Emmy, but Gabe senses there’s more to the story. And though he’s known her for only a few hours, he can’t deny the sizzling chemistry between them—or his overwhelming desire to protect her.

Ronnie doesn’t expect Gabe to remember her. She was just a teenager when he saved her life. Now it is Ronnie’s chance to return the favor. Once she accomplishes her mission, she’ll walk away. But when Gabe throws Ronnie onto his getaway helicopter, he inadvertently puts her back in harm’s way. For as soon as they touch down in the United States, she’s going to be deported, or worse . . . unless she marries an American citizen. Gabe is up for the ruse. But he also seems to have other ideas . . . ideas that include thoroughly seducing her.

Includes a special message from the editor, as well as excerpts from these Loveswept titles: Mistletoe and Magic, Claimed, and After the Kiss.