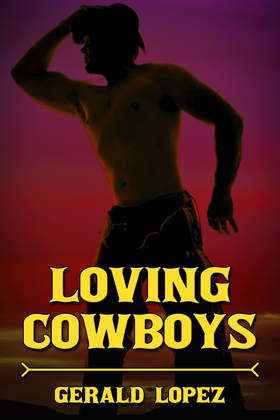 Handsome thirty-year-old construction worker Cody Larke has just lost his loving cowboy father to cancer. Having given up his job to care for his father, and not having many relatives in the area, he decides to follow his pop’s advice -- Cody uses his last bit of cash to buy a bus ticket to work for some old cowboy buddies of his father’s who were like a band of brothers.

Jace Bingham had worked alongside Cody’s father for years and considered him family. From the few times he met Jace when he was younger, Cody remembers him as perfect, blond, with a particularly memorable cowboy strut. As he grew older, Cody compared every man he ever dated to the handsome Jace. Will he now get the chance to make his ideal cowboy his own?