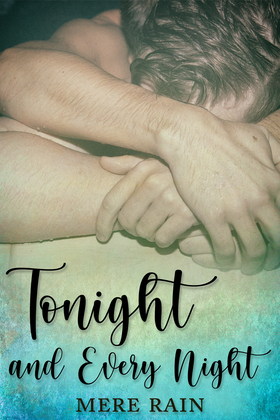 Tonight and Every Night

A funny, sexy, opposites-attract romance between two college students -- one an anxious, autistic virgin who has never been away from home before, and the other an easy-going hockey player with some well-concealed self-doubts. As long as you don’t call it a relationship, you don’t have to talk about your feelings, right?

PJ is socially awkward to the degree that he never expects to have a relationship or “normal” life. Everything other than math makes him feel stupid, and trying to fit in with the party crowd only results in him getting embarrassingly drunk at Giant’s apartment. He doesn’t have the first idea how to ask someone out -- especially not someone popular and hot.

Giant is having lots of fun but doesn’t know what he’s doing with his life. A working-class kid with an unexpected athletic scholarship, he feels stupid and low-class compared to most of his classmates. He’s had plenty of one-night-stands but none of them ever seem to see him as boyfriend material. When the cute nerd who somehow ends up in his bed asks to see him again, he can’t think of any reason to say no.

As they spend more time together, not all of it in bed, both men start to fall in love, but neither wants to risk ending what they have by asking questions about their relationship. Then they go home for Thanksgiving and familial opposition forces them to put their feelings about each other, and themselves, into words, and make choices about their future together.

But do they want the same things?