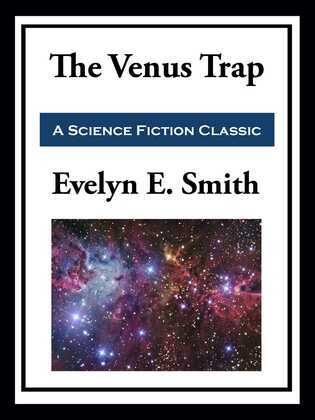 by Evelyn E. Smith (Author)
Excerpt
Fiction Science fiction Adventure Space opera and planet opera
warning_amber
One or more licenses for this book have been acquired by your organisation details
EPUB
Unlimited loans, 2 years, One at a time
Details

One thing Man never counted on to take along into space with him was the Eternal Triangle—especially a true-blue triangle like this! Evelyn E. Smith is best known as the author of the Miss Melville mysteries. From 1952 to 1969 she wrote dozens of science fiction and fantasy short stories that appeared in magazines such as The Magazine of Fantasy and Science Fiction, Galaxy, Super Science Fiction, and Fantastic Universe. Her stories were witty, well written, often humorous, and always unforgettable.