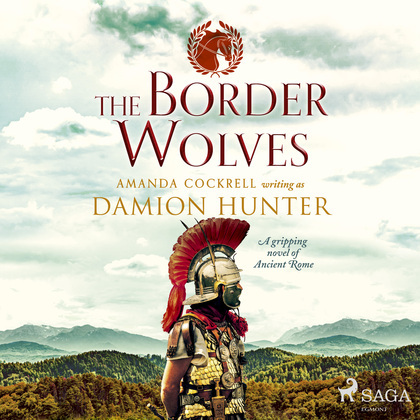 The final thrilling tale of the House of Appius Julianus.

A new and deadly threat has emerged at the outskirts of the Roman Empire on the Danube, one that threatens to throw the entire region into chaos.

Correus, risen to prefect of a cavalry ala on the border, and Flavius, advisor to the emperor, have both attempted to warn the erratic Domitian of the seriousness of this foe, but to no avail.

With trouble at home in the form of an irate senator, as well as the impending doom of a devastating military loss, the two brothers must use their accumulated experience, grit and trust in each other to ensure their family’s safety, once and for all.

The final book in the epic Centurions series, and the first installment for almost forty years, a moving and powerful adventure, and a must-read for all historical fiction fans, ideal for readers of Conn Iggulden, Rosemary Sutcliff and Simon Scarrow.

Damion Hunter is a pseudonym of Amanda Cockrell. Along with the Centurions Trilogy, she is also the author of Pomegranate Seed, What We Keep Is Not Always What Will Stay, the historical trilogies The Deer Dancers and The Horse Catchers, and The Legions of the Mist, a Roman historical adventure novel. She lives in Roanoke, Virginia.