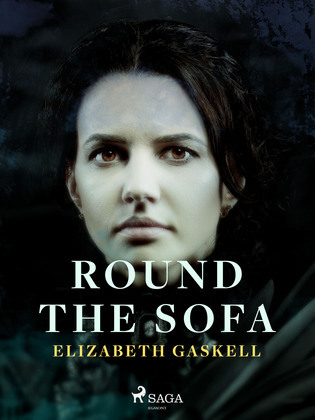 Miss Greatorex is invited to join a group of friends who meet weekly at Mrs Dawson’s house. When Miss Greatorex asks to hear more about Mrs Dawson’s cousin Lady Ludlow, the friends begin to swap stories, starting with ‘My Lady Ludlow’. What follows is a collection of five short stories from the hugely popular Victorian author Elizabeth Gaskell, including works such as ‘The Doom of the Griffiths’ about a cursed family; a tale of selfless love in ‘The Half-Brothers’; and ‘The Poor Clare’ in which the lonely Bridget Fitzgerald sets out to avenge the death of her only companion.

Elizabeth Gaskell (1810-1865) is an enduringly popular and highly regarded English novelist. Born in Chelsea, London, Elizabeth was sent to live with her aunt in Knutsford, Cheshire after her mother died, a place which would provide inspiration for some of her most popular works, including ‘Cranford’. A sociable and lively young woman, Elizabeth married Minister William Gaskell in 1832 and settled in Manchester. An industrial hub and the scene of much political and social change, her time in Manchester influenced much of her writing. Her first novel, ‘Mary Barton’ focussed on the appalling and impoverished living conditions of those living in Northern industrial cities and was a huge success, sparking the interest of notable figures such as Charles Dickens, who invited Elizabeth to contribute to the periodicals he edited. An active humanitarian, her works dealt sympathetically with the plight of the poorest in society, and she did not shy away from controversial topics such as prostitution and illegitimacy. A close friend of Charlotte Brontë, Elizabeth also wrote a highly acclaimed biography of the author in 1857. Some of her best known and most loved novels include ‘Cranford’, ‘North and South’ and the posthumously published ‘Wives and Daughters’, all of which have been adapted for TV by the BBC, most recently ‘Cranford’ starring Judi Dench, Michael Gambon, and Greg Wise. Elizabeth Gaskell is regarded as one of the most important novelists of the Victorian era.