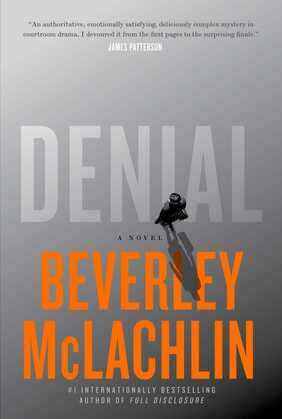 by Beverley McLachlin (Author)
Excerpt
Fiction Mystery & detective Women sleuths
warning_amber
One or more licenses for this book have been acquired by your organisation details
EPUB
Unlimited loans, 2 years, One at a time
Details

From the former Chief Justice of Canada and #1 bestselling author of Full Disclosure comes a taut new thriller starring tough-as-nails defense attorney Jilly Truitt in a murder case that makes her question her own truths.

When everyone is in denial, how do you find the truth?

Jilly Truitt has made a name for herself as one of the top criminal defense lawyers in the city. Where once she had to take just about any case to keep her firm afloat, now she has her pick—and she picks winners.

So when Joseph Quentin asks her to defend his wife, who has been charged with murdering her own mother in what the media are calling a mercy killing, every instinct tells Jilly to say no. Word on the street is that Vera Quentin is in denial, refusing to admit to the crime and take a lenient plea deal. Quentin is a lawyer’s lawyer, known as the Fixer in legal circles, and if he can’t help his wife, who can?

Against her better judgment, Jilly meets with Vera and reluctantly agrees to take on her case. Call it intuition, call it sympathy, but something about Vera makes Jilly believe she’s telling the truth. Now, she has to prove that in the courtroom against her former mentor turned opponent, prosecutor Cy Kenge—a man who has no qualms about bending the rules.

As the trial approaches, Jilly scrambles to find a crack in the case and stumbles across a dark truth hanging over the Quentin family. But is it enough to prove Vera’s innocence? Or is Jilly in denial herself?

Thrumming with tension, Denial is a riveting thriller about the lengths we will go to for the ones we love and the truths we hold dear.