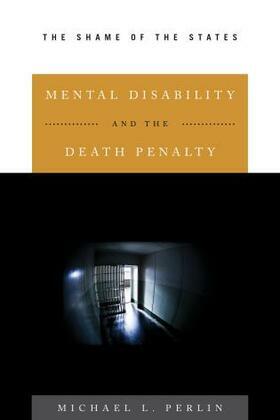 Mental Disability and the Death Penalty: The Shame of the States

There is no question that the death penalty is disproportionately imposed in cases involving defendants with mental disabilities. There is clear, systemic bias at all stages of the prosecution and the sentencing process – in determining who is competent to be executed, in the assessment of mitigation evidence, in the ways that counsel is assigned, in the ways that jury determinations are often contaminated by stereotyped preconceptions of persons with mental disabilities, in the ways that cynical expert testimony reflects a propensity on the part of some experts to purposely distort their testimony in order to achieve desired ends. These questions are shockingly ignored at all levels of the criminal justice system, and by society in general.

Here, Michael Perlin explores the relationship between mental disabilities and the death penalty and explains why and how this state of affairs has come to be, to explore why it is necessary to identify the factors that have contributed to this scandalous and shameful policy morass, to highlight the series of policy choices that need immediate remediation, and to offer some suggestions that might meaningfully ameliorate the situation. Using real cases to illustrate the ways in which the persons with mental disabilities are unable to receive fair treatment during death penalty trials, he demonstrates the depth of the problem and the way it’s been institutionalized so as to be an accepted part of our system. He calls for a new approach, and greater attention to the issues that have gone overlooked for so long.