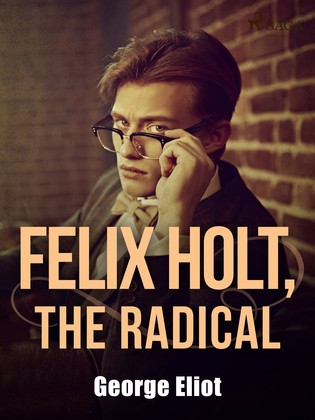 In "Felix Holt, the Radical", an opportunistic bid for power sparks a dramatic love triangle.

It’s the early 1830s in England, and the town of Treby is gearing up for an election. Harold Transome, a radical candidate, is leading the pack. The problem is that he’s lacking in real beliefs—he’s in politics for the fame. As the election draws nearer, Treby becomes a powder keg of tension. And to make matters worse, Harold and Felix Holt, a man with very real radical beliefs, fall for the same woman.

"Felix Holt, the Radical" may be a ‘social novel’, but it’s still brimming with Eliot’s trademark humour and humanity. If you’re a fan of Dickens’ blend of political commentary and compelling drama, definitely give this novel a shot.