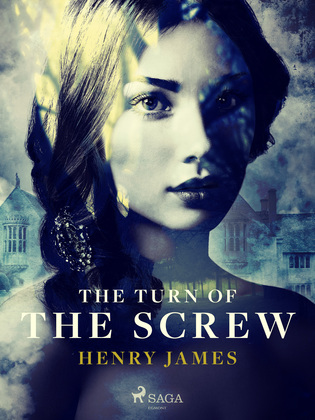 The Turn of the Screw

A young governess. A remote house. Two silent children. When less than benevolent ghosts are added into this already precarious mixture - chaos ensues. A gothic novella that explores fear, innocence, and vulnerability, ‘The Turn of the Screw’ is a masterful tragedy bound to entice all fans of the supernatural.

Considered Henry James’ paranormal legacy, it was made into the classic chiller "The Innocents" (1961), and the modern adaptation "The Others" (2001) starring Nicole Kidman.

Regarded as one of the greatest novelists in the English language, Henry James (1843-1916) was thrice nominated for the Nobel Prize in Literature. He was born in the United States, but lived and worked in Europe. Mainly occupied with portraying the cultural clash between the Old World and the New World, he explored these themes in his most notable novels, ‘The Portrait of a Lady’ and ‘The Wings of the Dove’. His gripping explorations are unmissable for fans of Edith Wharton, George Eliot, and Joseph Conrad.