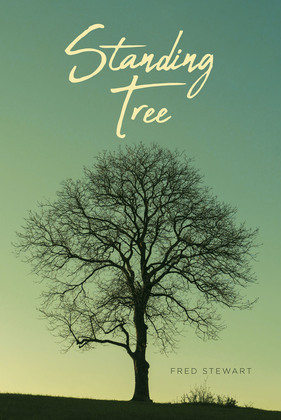 Standing Tree is the narrative of a sensitive old soul and energy healer. Mr. Stewart includes past-life recollections and historical commentaries with reflections tied back to soul progression. The subject matter includes metaphysics, the psychology of relationships, history, spirit, and early Christianity from the street level. The spiritual insights presented suggest we don't know the entirety of a soul under the labels of life. Fred's story begins in California just after JFK was assassinated. The wildfires had chased his family east to Massachusetts where childhood stress and moving around the country became a pattern. Mr. Stewart suggests his childhood in rural-1960s America created a sensitive reflective side best described as a clairvoyant empath. Written for those on a spiritual quest, readers are introduced to the terms lightworkers and old souls. Their mission is to offer wisdom, encouraging today's sensitives struggling through the corridors of life. Some of them are wounded healers who need to shed the skin of numerous past lives to heal themselves. Mr. Stewart offers his vivid American casualty accounts in the US Navy during WWII and the Army of the Potomac during the Civil War. He also shares insightful past-life experiences as a Native American, French cook, and Irish missionary priest, to name a few. Examples of visions and techniques used in energy healing are explained from a natural healer perspective. Within the entirety of Standing Tree, there's an emotional undercurrent of ancient wisdom and vintage rural humor. Fred shares his deepest spiritual perspectives born from the trees of life and iconic vessels of symbolism.