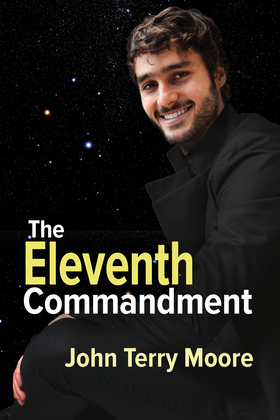 <p>Apart from his drug addiction, his homophobic father, and his denial of his sexuality, Ben O’Connor lives a charmed life. He has a wonderful son, a lucrative job as a Realtor, and a supportive mother and siblings. Then his boss promotes someone else over him and his life disintegrates. In his anger, he breaks the eleventh commandment—thou shalt not get caught.</p>
<p>Kicking his ice habit while incarcerated, Ben realizes he has lost his ability to enjoy life. But he gets another chance at Thailand’s Resort Jomtien, where he takes part in an experimental program aimed at preventing relapses among recovering addicts. There he meets Matt Wilson, a gay man from Sydney who’s facing the same struggle. Ben and Matt form a strong bond as they rediscover joy and learn strategies to cope with the lure of their addictions.</p>
<p>Ben invites the adrift Matt home with him after treatment and finds he fits perfectly into Ben’s family. But will Ben recognize that his feelings for Matt go beyond the platonic before Matt’s doubts—and a worldwide pandemic—separate them forever?</p>