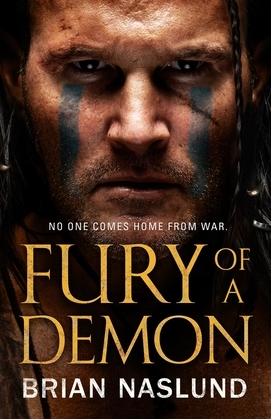 Fury of a Demon

Dragons of Terra #3
by Brian Naslund (Author)
Excerpt
Fiction Fantasy Epic English literature American and Canadian literature
warning_amber
One or more licenses for this book have been acquired by your organisation details
EPUB
Unlimited loans, 2 years, One at a time
Details

Brian Naslund's Fury of a Demon is the final installment in a fast-paced adventure series perfect for comic book readers and fans of heroic fantasy.

War makes monsters of us all...

The war against Osyrus Ward goes poorly for Bershad and Ashlyn. They are pinned in the Dainwood by monstrous alchemical creations and a relentless army of mercenaries, and running out of both options and allies.

The Witch Queen struggles with her new powers, knowing that the secret of unlocking her dragon cord is key to stopping Ward's army, she pushes forward with her experiments.

Meanwhile, with every wound Bershad suffers, he gets closer to losing his humanity forever, and as the war rages, the exile turned assassin turned hero isn't even sure if being human is something he wants.