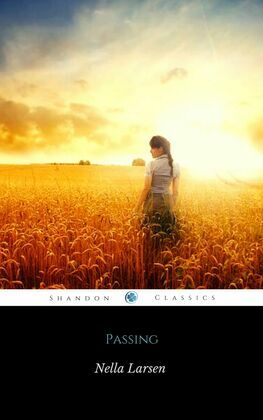 Generally regarded as Nella Larsen's best work, Passing was first published in 1929 but has received a lot of renewed attention because of its close examination of racial and sexual ambiguities. It has achieved canonical status in many American universities.

Clare Kendry is living on the edge. Light-skinned, elegant, and ambitious, she is married to a racist white man unaware of her African American heritage, and has severed all ties to her past after deciding to ‘pass’ as a white woman. Clare’s childhood friend, Irene Redfield, just as light-skinned, has chosen to remain within the African American community, and is simultaneously allured and repelled by Clare’s risky decision to engage in racial masquerade for personal and societal gain. After frequenting African American-centric gatherings together in Harlem, Clare’s interest in Irene turns into a homoerotic longing for Irene’s black identity that she abandoned and can never embrace again, and she is forced to grapple with her decision to pass for white in a way that is both tragic and telling.

Nella Larsen (1891-1964) was the author of two novels and several short stories. She received a Guggenheim fellowship to write a third novel in 1930 but, unable to find a publisher for it, she disappeared from the literary scene and worked as a nurse.