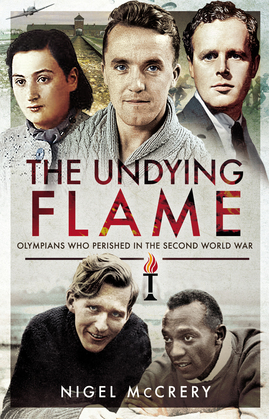 Over 60,000,000 people died worldwide during the course of the Second World War and, in contrast to those slaughtered in The Great War, it was civilian populations that bore the brunt. They perished in the Holocaust, in internment camps, in bombed towns and cities and as ‘collateral damage’, in war zones, such as the Eastern Front and in Asia.

Among this carnage were hundred of individuals of all nations who had competed in Olympic Games. Imagine the loss of so many of the world’s greatest sportsmen and women of the present era.

The author has painstakingly researched the lives, achievements and circumstances of death of almost five hundred athletes of the period. While many were household names at the time, this exceptional work honors these fallen Olympians and reminds us of the futility and wastefulness of war.