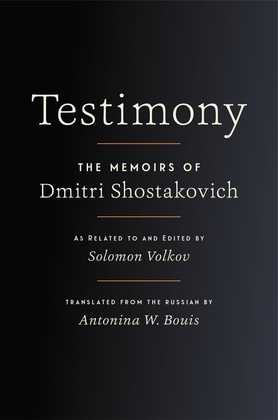 by Solomon Volkov (Author)
Excerpt
Nonfiction Biography & autobiography Composers & musicians Arts Music Classical History & criticism
warning_amber
One or more licenses for this book have been acquired by your organisation details
EPUB
26 loans, One at a time
Details

A wonder of the 20th century, composer Dmitri Shostakovich, tells his story to Solomon Volkov for history's record

Since the time of his death, Dmitri Shostakovich’s place in the pantheon of 20th century composers has become more commanding and more celebrated, while his musical legacy, with all its wonderfully varied richness, is performed with increasing frequency throughout the world.

This seemingly endless surge of interest can be attributed, at least in part, to Testimony, the powerful memoirs the ailing compose dictated to the young Russian musicology Solomon Volkov. When Testimony was first published in the West in 1979, it became an international bestseller, and was called the “book of the year” by The Times in London. The Guardian heralded Testimony as “the most influential music book of the 20th century.” Testimony offers a chance to reckon with the life and work of one of history’s most lauded musical geniuses—as a man and an artist.