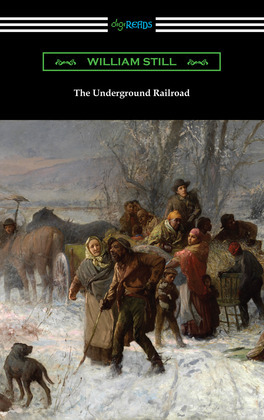 by William Still (Author)
Excerpt
Nonfiction History
warning_amber
One or more licenses for this book have been acquired by your organisation details
EPUB
Unlimited loans, One at a time
Details

First published in 1872, “The Underground Railroad” is the fascinating first-hand account of hundreds of slaves and their escape to freedom by William Still. Often known as the “Father of the Underground Railroad”, Still was born to former slaves in New Jersey and worked tirelessly as an abolitionist, writer, historian, and civil rights activist. Credited with helping as many as 800 slaves reach freedom, Still kept meticulous notes of each person he helped, where they had come from, where they were bound, copies of ransom notices, and lists of aliases. These carefully hidden and preserved records formed the basis of “The Underground Railroad” and tell the deeply personal stories of hundreds of people who faced seemingly impossible odds in their quest for freedom. Still’s work remains an important first-hand account for historians and an inspiring record of bravery and resilience in the face of oppression.