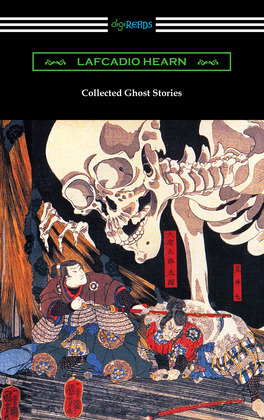 by Lafcadio Hearn (Author)
Excerpt
Fiction Short stories
warning_amber
One or more licenses for this book have been acquired by your organisation details
EPUB
Unlimited loans, One at a time
Details

Upon his arrival in Japan in 1890, Lafcadio Hearn found himself enamored with the culture, people, and stories of the country, and would make Japan his home until his death in 1904. His collections of stories published during this time became the most popular of Hearn’s writings, and earned him veneration worldwide as not only a great translator of Japanese mythology, but as a sensational teller of strange and wonderfully macabre tales. Collected together here are some of his most notable retellings of Asian ghost stories. Collected from “Some Chinese Ghosts”, “Glimpses of Unfamiliar Japan”, “Kokoro”, “Out of the East”, “Exotics and Retrospectives”, “Gleanings in Buddha-Fields”, “In Ghostly Japan”, “Shadowings”, “A Japanese Miscellany”, “Kotto”, “Kwaidan”, and “The Romance Of The Milky Way, And Other Studies & Stories”, this volume includes forty of Hearn’s most chilling ghost stories. This representative edition of “Collected Ghost Stories” exhibits both Lafcadio Hearn’s gift of story-telling as well as his importance in popularizing Asian culture at the turn of the 20th century.