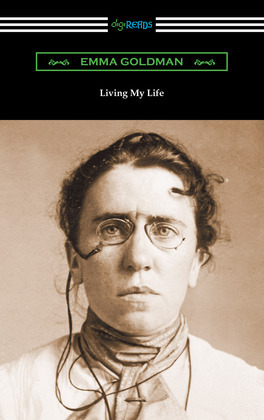 by Emma Goldman (Author)
Excerpt
Nonfiction Biography & autobiography
warning_amber
One or more licenses for this book have been acquired by your organisation details
EPUB
Unlimited loans, One at a time
Details

Originally published in two volumes in 1931 and 1934, “Living My Life” is the autobiography of Lithuanian anarchist and political activist Emma Goldman. Written while she was living in France, the work covers her life from her poor and unhappy childhood in Lithuania and St. Petersburg, to her move to America in 1885 and settlement in New York as a young woman, and finally to her life as an anarchist and social activist over the next forty years. Famous for her public speaking and progressive ideas, Goldman was an important figure in the fight for equal rights for women, safe conditions and fair pay for workers, and the protection of free speech. She was often jailed in the United States for her open and unashamed promotion of birth control and vocal opposition to World War I. While Goldman was initially supportive of the Bolshevik Revolution in Russia, she soon grew disillusioned with communism and frequently spoke out against the oppressive regime. Fascinating and deeply personal, Goldman recounts both her journey to become a prominent social activist as well as her unhappy marriage and dramatic relationships with fellow anarchists. “Living My Life” is a compelling portrait of a brilliant and fearless woman far ahead of her time. This edition includes a biographical afterword.