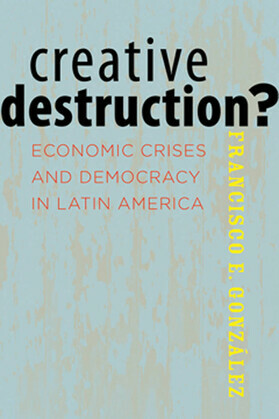 Through most of the twentieth century, financial shocks toppled democratic and authoritarian regimes across Latin America. But things began to change in the 1980s. In this wide-ranging comparative history of Argentina, Uruguay, and Chile, Francisco E. González explains why.

Gonzalez examines how these three countries were affected by the Great Depression, Latin America’s 1980s debt crisis, and the late 1990s emerging markets’ meltdowns. He finds that democratic or not, each nation’s regime gained stability in the 1980s thanks to changes in institutions, material interests, economic policies, and other factors. Underlying these developments was a growing ease in the exchange of ideas that created a pro-democracy bias—even in Pinochet’s Chile.