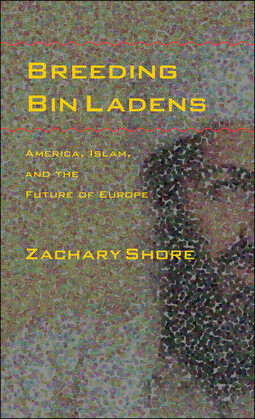 A look into the state of Islam in Europe and the threat posed by excluding moderate Muslims in Western society.

While American leaders wage war with extremists in the Middle East, they are ignoring a greater threat closer to home. In Breeding Bin Ladens, Zachary Shore asserts that the growing ambivalence of Europe’s Muslims poses risks to national identities, international security, and the transatlantic alliance.

The United States continues to spend billions and lose thousands of soldiers to combat Islamic extremists, a group estimated to be as small as fifty thousand. Meanwhile, Western leaders have not sought to understand the millions of moderate Muslims who live peacefully in the United States and Europe. Many in this extraordinarily diverse group are deeply ambivalent toward perceived Western values. Although they may admire America’s economic or technological might, many are appalled by its crass consumerism, sexualization of women, lack of social justice, and foreign policies.

Through in-depth interviews with Muslims living across the European Union, Shore gives voice to people of deep faith who speak of the conflict between their desire to integrate into their adopted societies and the repulsion they feel toward some of what the West represents.

Shore offers a consideration of Islam’s future in the West. Cautioning Western leaders against an anti-terrorist tunnel vision that could ultimately backfire, Shore proposes bold, creative, and controversial solutions for attracting the hearts and minds of moderate Muslims living in the West.