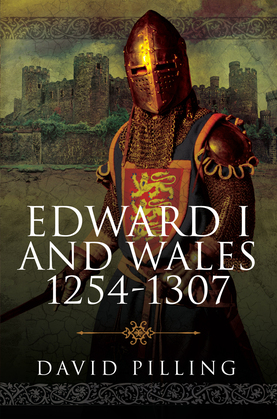 by David Pilling (Author)
Excerpt
Nonfiction History Medieval
warning_amber
One or more licenses for this book have been acquired by your organisation details
EPUB
Unlimited loans, One at a time
Details
EPUB
40 loans, 10 Concurrent loans
Details

The late 13th century witnessed the conquest of Wales after two hundred years of conflict between Welsh princes and the English crown. In 1282 Llywelyn ap Gruffudd, the only native Prince of Wales to be formally acknowledged by a King of England, was slain by English forces. His brother Dafydd continued the fight, but was eventually captured and executed. Further revolts followed under Rhys ap Maredudd, a former crown ally, and Madog ap Llywelyn, a kinsman of the defeated lords of Gwynedd.

The Welsh wars were a massive undertaking for the crown, and required the mobilization of all resources. Edward’s willingness to direct the combined power of the English state and church against the Prince of Wales, to an unprecedented degree, resulted in a victory that had eluded all of his predecessors.

This latest study of the Welsh wars of Edward I will draw upon recently translated archive material, allowing a fresh insight into military and political events. Edward’s personal relationship with Welsh leaders is also reconsidered. Traditionally, the conquest is dated to the fall of Llywelyn in December 1282, but this book will argue that Edward was not truly the master of Wales until 1294. In the years between those two dates he broke the power of the great Marcher lords and crushed two further large-scale revolts against crown authority.

After 1294 he was able to exploit Welsh manpower on a massive scale. His successors followed the same policy during the Scottish wars and the Hundred Years War. Edward enjoyed considerable support among the ‘uchelwyr’ or Welsh gentry class, many of whom served him as diplomats and spies as well as military captains. This aspect of the king’s complex relationship with the Welsh will also feature.