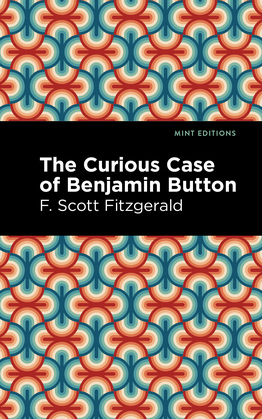 The Curious Case of Benjamin Button

by F. Scott Fitzgerald (Author)
Excerpt
Fiction Classics Science fiction Short stories
warning_amber
One or more licenses for this book have been acquired by your organisation details
EPUB
Unlimited loans, One at a time
Details

The Curious Case of Benjamin Button (1922) is a short story by F. Scott Fitzgerald. Published at the beginning of Fitzgerald’s career as a leading writer of American fiction, The Curious Case of Benjamin Button appeared in the May 27, 1922 edition of Collier’s. In 2008, the story was adapted into a blockbuster film starring Brad Pitt, Cate Blanchett, and Taraji P. Henson. In the city of Baltimore, Benjamin Button is born with a mysterious condition that gives him the appearance and intellect of a 70-year-old man. As a child, he suffers from misunderstanding and loneliness, and following his rejection from Yale College at the age of 18, he returns home to run his father’s hardware store. Now appearing as a 50-year-old, he falls in love with Hildegarde Moncrief, the young daughter of a decorated general. The two marry, but as Benjamin grows younger he begins to dream of a life away from an aging wife and the boredoms of domesticity. In 1898, he enlists in the Spanish-American War and embarks on an eventful military career. When he returns home to his wife and business, he finds himself restless once more, longing again for the freedom and excitement of a youth he was denied. The Curious Case of Benjamin Button is a story of fantasy and romance that illuminates the dignities and indignities of aging while raising valuable questions about the normal trajectory of life for modern Americans. With a beautifully designed cover and professionally typeset manuscript, this new edition of F. Scott Fitzgerald’s The Curious Case of Benjamin Button is a classic work of American literature reimagined for modern readers.