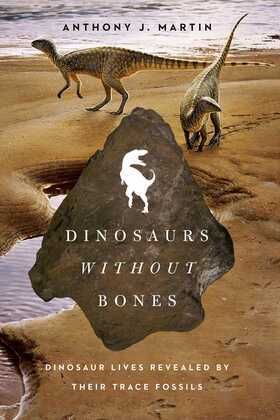 by Anthony J. Martin (Author)
Excerpt
Nonfiction Nature, recreation and sports Nature Wild animals Dinosaurs prehistoric creatures Natural resources
warning_amber
One or more licenses for this book have been acquired by your organisation details
EPUB
Unlimited loans, 2 years, One at a time
Details

"Bubbles over with the joy of scientific discovery as he shares his natural enthusiasm for the blend of sleuthing and imagination."—Publishers Weekly, starred review

What if we woke up one morning all of the dinosaur bones in the world were gone? How would we know these iconic animals had a165-million year history on earth, and had adapted to all land-based environments from pole to pole? What clues would be left to discern not only their presence, but also to learn about their sex lives, raising of young, social lives, combat, and who ate who? What would it take for us to know how fast dinosaurs moved, whether they lived underground, climbed trees, or went for a swim?Welcome to the world of ichnology, the study of traces and trace fossils – such as tracks, trails, burrows, nests, toothmarks, and other vestiges of behavior – and how through these remarkable clues, we can explore and intuit the rich and complicated lives of dinosaurs.

With a unique, detective-like approach, interpreting the forensic clues of these long-extinct animals that leave a much richer legacy than bones, Martin brings the wild world of the Mesozoic to life for the 21st century reader.