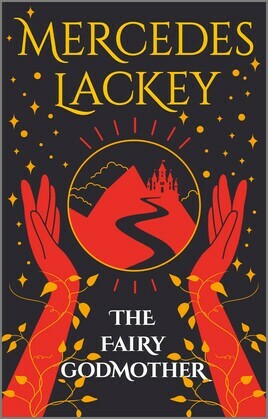 by Mercedes Lackey (Author)
Excerpt
Fiction Fairy tales, folk tales & mythology Romance Fantasy
warning_amber
One or more licenses for this book have been acquired by your organisation details
EPUB
26 loans, One at a time
Details

In the Five Hundred Kingdoms, if you can't carry out your legendary role, life is no fairy tale.…

Elena Klovis was supposed to be her kingdom's Cinderella—until fate took that future away from her, and she set out to make a new life for herself. But breaking with "The Tradition" that guides the kingdoms comes with a cost—one that could leave her powerless and destitute. Until, that is, her fairy godmother intervenes and offers her a most unexpected job… to become her apprentice, and learn the ways of magic.

Now, instead of sleeping in the chimney, Elena must guide others along their own fated paths. And, of course, deal with arrogant, stuffed-shirt princes who keep trying to rise above their place. But when she finds herself falling for someone completely unexpected, she begins to question where her own path will lead her—and whether she’s willing to take fate into her own hands. Sometimes a fairy godmother's work is never done…