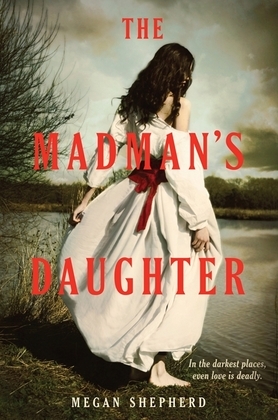 The Madman's Daughter #1
by Megan Shepherd (Author)
Excerpt
Fiction Juvenile & young adult Historical Europe
warning_amber
One or more licenses for this book have been acquired by your organisation details
EPUB
26 loans, One at a time
Details

For fans of Libba Bray, this first book in a gothic suspense trilogy is inspired by H. G. Wells's The Island of Dr. Moreau and has been hailed by New York Times bestseller Carrie Ryan as having "beautiful writing, breakneck pacing, a pulse-pounding mystery, and an irresistible romance."

Following accusations that her scientist father gruesomely experimented on animals, sixteen-year-old Juliet watched as her family and her genteel life in London crumbled around her—and only recently has she managed to piece her world back together. But when Juliet learns her father is still alive and working on a remote tropical island, she is determined to find out if the old accusations are true. Accompanied by her father's handsome young assistant, Montgomery, and an enigmatic castaway, Edward, Juliet travels to the island, only to discover the depths of her father's insanity. Torn between horror and scientific curiosity, Juliet knows she must end her father's dangerous experiments and escape her jungle prison before it's too late. Yet as the island falls into chaos, she discovers the extent of her father's genius—and madness—in her own blood.