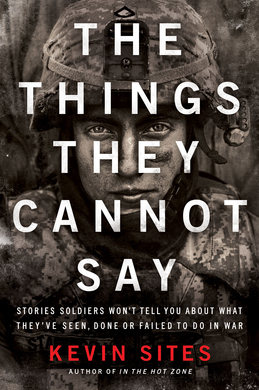 The Things They Cannot Say

In The Things They Cannot Say, award-winning journalist and author Kevin Sites asks these difficult questions of eleven soldiers and marines, who—by sharing the truth about their wars—display a rare courage that transcends battlefield heroics.

For each of these men, many of whom Sites first met while in Afghanistan and Iraq, the truth means something different. One struggles to recover from a head injury he believes has stolen his ability to love; another attempts to make amends for the killing of an innocent man; yet another finds respect for the enemy fighter who tried to kill him. Sites also shares the unsettling narrative of his own failures during war—including his complicity in a murder—and the redemptive powers of storytelling that saved him from a self-destructive downward spiral.