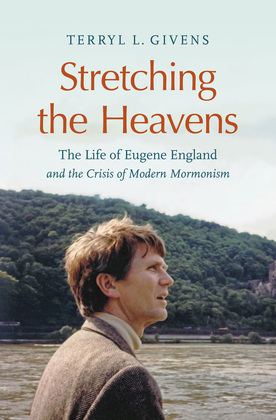 Eugene England (1933–2001)—one of the most influential and controversial intellectuals in modern Mormonism—lived in the crossfire between religious tradition and reform. This first serious biography, by leading historian Terryl L. Givens, shimmers with the personal tensions felt deeply by England during the turmoil of the late twentieth century. Drawing on unprecedented access to England's personal papers, Givens paints a multifaceted portrait of a devout Latter-day Saint whose precarious position on the edge of church hierarchy was instrumental to his ability to shape the study of modern Mormonism.

A professor of literature at Brigham Young University, England also taught in the Church Educational System. And yet from the sixties on, he set church leaders' teeth on edge as he protested the Vietnam War, decried institutional racism and sexism, and supported Poland's Solidarity movement—all at a time when Latter-day Saints were ultra-patriotic and banned Black ordination. England could also be intemperate, proud of his own rectitude, and neglectful of political realities and relationships, and he was eventually forced from his academic position. His last days, as he suffered from brain cancer, were marked by a spiritual agony that church leaders were unable to help him resolve.