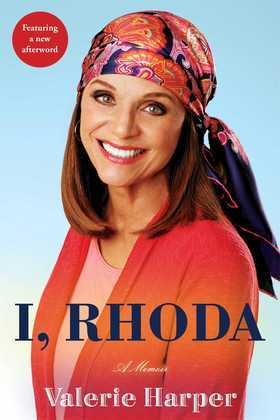 The heartwarming memoir of beloved television actress Valerie Harper, best known for her role as Rhoda Morgenstern on The Mary Tyler Moore Show and on Rhoda.

Valerie Harper was an unknown actress when she won the groundbreaking role of Rhoda Morgenstern, Mary Tyler Moore’s lovable and self-deprecating on-screen best friend. Bold and hilarious, the native New Yorker and struggling working girl was unlucky in love and insecure about her weight?in other words, every woman’s best friend.

Harper represented a self-reliant new identity for women of the 1970s. She fought for equal rights alongside feminists Gloria Steinem and Bella Abzug; and her incredible showbiz journey, which began on Broadway with Lucille Ball and Jackie Gleason, led her to four Emmy Awards and a Golden Globe.

Harper is upbeat and funny, and her inspiring life story is laced with triumphs and transformative obstacles. This beloved actress’s incredible pluck, indomitable spirit, and warm and generous heart have touched our lives and kept us entertained for decades.