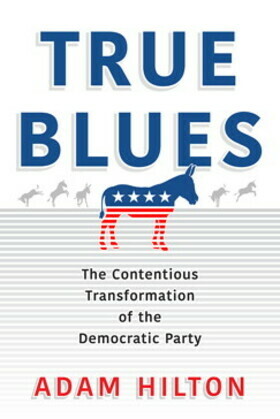 by Adam Hilton (Author)
Excerpt
Nonfiction Social science Political science Political parties Political freedom & security Civil rights
warning_amber
One or more licenses for this book have been acquired by your organisation details
EPUB
Unlimited loans, One at a time
Details

Who governs political parties? Recent insurgent campaigns, such as those of Donald Trump and Bernie Sanders, have thrust this critical question to the center of political debate for casual observers and scholars alike. Yet the dynamics of modern party politics remain poorly understood. Assertions of either elite control or interest group dominance both fail to explain the Trump victory and the surprise of the Sanders insurgency and their subsequent reverberations through the American political landscape.

In True Blues, Adam Hilton tackles the question of who governs parties by examining the transformation of the Democratic Party since the late 1960s. Reconceiving parties as "contentious institutions," Hilton argues that Democratic Party change was driven by recurrent conflicts between groups and officeholders to define and control party identity, program, and policy. The outcome of this prolonged struggle was a wholly new kind of party—an advocacy party—which institutionalized greater party dependence on outside groups for legitimacy and organizational support, while also, in turn, fostering greater group dependency on the presidency for the satisfaction of its symbolic and substantive demands. Consequently, while the long conflict between party reformers and counter-reformers successfully opened the Democratic Party to new voices and identities, it also facilitated the growth of presidential power, rising inequality, and deepening partisan polarization.

Tracing the rise of the advocacy party from the fall of the New Deal order through the presidency of Barack Obama, True Blues explains how and why the Democratic Party has come to its current crossroads and suggests a bold new perspective for comprehending the dynamics driving American party politics more broadly.