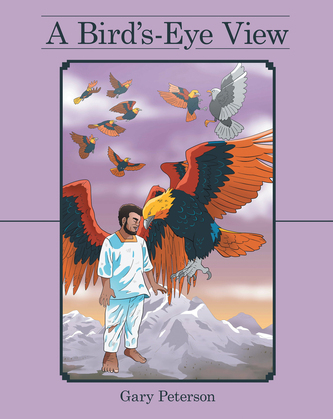 What Im about to tell you may sound unbelievable and even a little crazy, but if you go on this journey with me, you will be amazed at my discoveries. It all started when I found a very strange rock on a beach. The rock seemed to be glowing. It reflected the sunlight, and if you looked closely at the rock, you could almost see a village and an ocean inside

In ancient times, shamans believed that if a person went deep into a meditative state on the eve of the full moon during winter solstice, wonders would transpire in the mind of the meditator. Supposedly, the meditator would travel to a spiritual realm that appeared to be a dreambut wasnt. Just such a magical event befalls young Jeremiah and sends him on a grand expedition.

After Jeremiah meditates, he opens his eyes to a whole new world of birds. He has no idea how he arrived at such a marvelous place, but his new home is also one of danger. Throughout his adventures, Jeremiah learns it is possible to triumph over adversity. It is also possible for people to work together and find love despite differences, as long as we open our minds to the suggestion of beauty and peace.