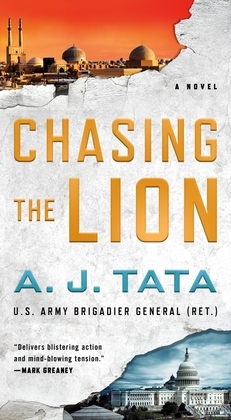 "Readers are going to love Garrett Sinclair, who reads like this generation's Jason Bourne." —Ryan Steck

"If you are looking for a good night’s sleep, leave this one in the nightstand." —Jack Carr

Parizad rose through his nation’s military to become a lethal soldier and brilliant tactical commander. Now a general, he leads Quds Force, an extremist terrorist organization targeting America and its western allies.

The United States has just uncovered a biochemical weapon developed by Parizad’s group. A viral agent, it attacks a person’s nervous system and renders them susceptible to mind control. Parizad plans to unleash the weapon in Washington D. C. on Inauguration Day during the swearing in of the country’s first female president, turning civilians into weapons.

Army Lieutenant General Garrett Sinclair and his Joint Special Operations team are assigned to stop the terrorist strike. Sinclair pursues Parizad across the Middle East, Europe, and in the U.S., only to discover a deeper conspiracy—a revelation that his wife may not have died from cancer but was murdered. Separated from his teammates and unsure of who he can trust, Sinclair is on a mission not only to save his country, but to avenge his family.