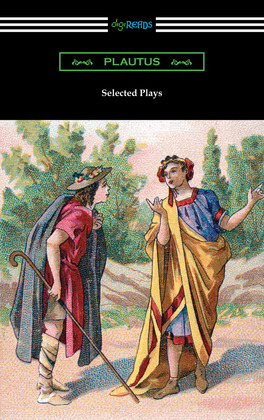 by Plautus (Author)
Excerpt
Fiction Drama
warning_amber
One or more licenses for this book have been acquired by your organisation details
EPUB
Unlimited loans, One at a time
Details

This collection of plays captures the comedic genius of Plautus, one of the most important playwrights from classical Roman antiquity. Plautus adapted most of his plays from earlier Greek stories, making him essential in helping to preserve the history and integrity of Greek theatre. What makes Plautus extraordinary, though, is that he kept the essence of the Greek shows while evolving the language to fit contemporary Roman tastes. He refused to let the renovations of the story be compromised by ultimate life-lessons or other philosophical teachings; instead, Plautus focused on the everyday life of his fellow Roman citizens. His plays also contained some of the earliest examples of slapstick humor, making them significant in the history of comedic theatre. Through the use of clever wordplay and by drawing upon well-known archetypes, Plautus created a type of theater that would influence such future masters of the stage as Moliere and Shakespeare. Collected together here the reader will find a representative collection of eight plays in translations by Paul Nixon and Henry Thomas Riley.