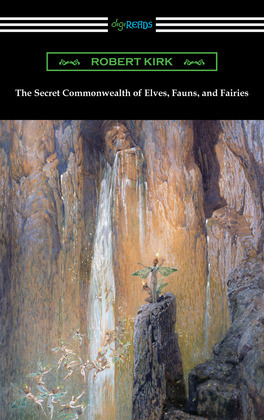 The Secret Commonwealth of Elves, Fauns, and Fairies

by Robert Kirk (Author)
Excerpt
Fiction Fairy tales, folk tales & mythology
warning_amber
One or more licenses for this book have been acquired by your organisation details
EPUB
Unlimited loans, One at a time
Details

?The Secret Commonwealth of Elves, Fauns, and Fairies? is the famous and mysterious treatise on fairy folklore, witchcraft, second sight, and ghosts by Gaelic scholar and minister, Robert Kirk. Written before he died in 1692, the work was not published until 1815 after many legends had grown around Kirk?s death, which imagined that he was secreted away by the fairies themselves for revealing their secrets. Most famous during his own lifetime for publishing one of the first translations of the Bible into Gaelic, Kirk spent much of his professional life collecting the many folklore tales native to Scotland. He believed that these tales of fairies, witches, and ghosts, as well as stories claiming that many Scots were gifted with second sight, or extrasensory perception, were proof that the stories in the Bible were in fact true and supernatural phenomenon in fact existed. While Kirk died before his collection of otherworldly encounters was published, it is widely regarded by scholars as one of the most important and significant works on fairy folklore and the Scottish belief in second sight. Many of our modern depictions of fairies can find their origins in this fascinating and historically important work that continues to entertain and inspire readers the world over.