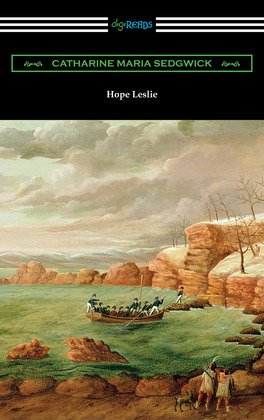 by Catharine Maria Sedgwick (Author)
Excerpt
Fiction Classics
warning_amber
One or more licenses for this book have been acquired by your organisation details
EPUB
Unlimited loans, One at a time
Details

Catharine Maria Sedgwick was a prominent American novelist of the 19th century whose work did a great deal to bring women?s issues into the public sphere. Her progressive narratives, set against the Puritanical morally conservative values of her time, advocated for greater female equality. Set in 17th century New England, ?Hope Leslie? tells the tale of a young New England Puritan woman and her dynamic experiences in recently founded America. The novel is noted for its groundbreaking and sympathetic treatment of Native Americans. Hope Leslie, the protagonist, works her way through romance and cultural conflict in this intense historical drama. The work has become central to scholarship of early gender studies and race relations as it examines with scrutiny the seeds of these cultural issues. ?Hope Leslie? helped to alter the fabric of American literature, situated among the likes of Charles Brockden Brown and James Fenimore Cooper. The novel that made Catharine Maria Sedgwick famous, ?Hope Leslie?, remains a classic of early American fiction.